Let me say before I begin that I am not anti-doctor. My father is a doctor and I love him dearly. But I have to admit, most OB/GYN’s rub me the wrong way (no pun intended). They elevate themselves to the status of Gods and view women as mere mortals who do nothing more than deposit babies into their waiting hands.

True, there are times when their services are genuinely needed, and I certainly give them credit for helping to save lives. But more often than not, the lives they are saving were endangered by them in the first place.

A case in point: OB/GYN’s claim they are now saving more premature babies than ever before. What they fail to mention is that according to Midwifery Today, one of the biggest causes of premature birth today is induction of labor. Doctors are “heroically” saving babies who should still be safely housed within their mother’s wombs!

No, I don’t buy into the “doctors are Gods” mentality. But apparently many people do. The majority of babies in the US today are “delivered” by doctors. Below are some quotes from the men and women in white. (Just to be fair, good OB/GYN’s do exist. Check out anything written by Michel Odent or Grantly Dick-Read.)

“The vagina is not made for having babies any more than the penis is. I’m speaking as the head of the ob/gyn department here. I want to come across as the voice of reason in this.”

“If I could give all men vasectomies, I would. No wives should have to go through birth more than twice, at the most.”

“You are going to get cut because in this day and age it’s too expensive to birth vaginally. I can’t sit around all day.”

When Compleat Mother editor Jody McLaughlin suggested to Alan R. Lindenmann, M.D. that women should give birth in an upright position so as to make use of gravity, he responded by saying “Gravity doesn’t affect all women.”

“We shave ’em, we prep ’em, we hook ’em up to the IV and administer sedation. We deliver the baby, it goes to the nursery and the mother goes to her room. There’s no room for niceties around here.”

“I just want my couples to have as good a hospital experience as possible, so I make sure they understand everything that’s going to happen to them so they won’t be shocked or scared. If I talked too much about alternatives, I would just set them up with expectations that are not going to get fulfilled. Besides, I like my job and I don’t want to lose it.”

“I put women on a pedestal. I open doors for them. I have a lot of respect for them. In the hospital I have to see them in certain degrading positions, see certain degrading parts of their bodies. So I try to do all I can to maintain their dignity. I heard that one of these younger doctors lets women be naked on his examining table. Can you imagine that? Why would any woman want to do that? I had gowns specially made that conceal all of a woman’s body except the part I absolutely have to see in order to preserve their dignity. Once I saw a woman in labor – another doctor’s patient – she was crawling around on all fours, stark naked, panting like a puppy. Can you imagine? What kind of respect for women does that show?”

“We inject a little Novocain, make a little cut, lift the baby out gently with forceps, then repair and restore the pelvic floor even better than God made it.”

“Performing a Cesarean is the one time that truly gives you the feeling of delivering the baby. I remember having my hand in the uterus. Pressure was being applied by Dr. Joseph at the top of the uterus while my hand grasped the head of the baby and assisted it out through the incision. I felt a sense of excitement and of power and of personal accomplishment that is not present in a vaginal birth. This is the time the obstetrician truly delivers the baby; in a vaginal birth, it is the mother.”

-from A Woman in Residence by Michelle Harrison

“Think of it in terms of hemorrhoids. Would the woman allow her husband to come in and cut off her hemorrhoids? Why don’t they take care of their hemorrhoids at home? It would be a lot easier than delivering a child.”

“Should the rare occurrence happen that your wife has the baby in the car – let her, and you keep driving calmly to the hospital. What do you do with the baby? Nothing. Keep your dirty hands off it and let the doctor or nurse, who is in constant attendance at the emergency room entrance, take care of the baby.”

And from a woman who helps perpetuate this line of thinking:

“Almost every mother I know, including me has fallen in love a little bit with her obstetrician. My friend Susan says: ‘I just wanted my husband to go home and leave me and my baby with Dr. Feldman. He seemed so capable and confident, I couldn’t bear the thought of life as a parent without him to protect me.'”

Postscript: In the years since I first posted this article I’ve received comments ranging from “This is demeaning to doctors! Take it down immediately!” to “I agree! Wait ’til you hear what MY doctor told me!” Here are a few of the more interesting letters I’ve received:

When I refused to be induced, the doctor slammed out the door, saying “FINE! Stay pregnant forever!” HA! That would’ve been so funny if I’d have said “Let’s try it and see if I really will stay pregnant forever! I could be in the book of world records!”

Another: “You can’t take a shower now, because the baby might come out and how would the doctor be able to catch it if you’re in the shower!?” (well, ok, a nurse said that)

Here’s a good (?) one that a resident OB said to me after Hannah’s birth: “Well, your cervix may have ripped during delivery but you won’t let me check you to find out and we can’t really spread your legs and MAKE you, now can we?” It’s amazing to me how they say that only AFTER a delivery…but do you think she’d have said that if I was fixing to give birth?”

Seven hours after my water broke my OB, a woman, told me “I HAVE NEVER, EVER SEEN A FIRST TIME MOTHER GO INTO LABOR AFTER THIS POINT. YOU WILL NOT GO IN TO LABOR ON YOUR OWN. THIS BABY WILL HAVE TO BE INDUCED OR SECTIONED OUT OF YOU. THERE IS NO OTHER WAY IT WILL COME OUT.” My mom told her that her four births were easy and mostly pain-free till the very end, and suggested this was what was going on with me. The doctor responded by saying, “YOU MUST NOT BE REMEBERING CORRECTLY. THEY MUST HAVE GIVEN YOU SOMETHING, SOME ETHER OR SOMETHING. BIRTH IS SIMPLY NOT PAIN-FREE. THAT IS IMPOSSIBLE.” And…the kicker, to me… (regarding pitocin), “IT’S NOT MORE PAINFUL, IT’S JUST DIFFERENT. THE CONTRACTIONS ARE JUST A DIFFERENT SHAPE.”

“You have to push on your back. If you don’t, it will cause a cord prolapse. You are dialated 7 centimeters. Your baby will die if it is not born now.” (This was said at 33 weeks.)

Are you still looking for quotes from doctors who desperately need to retire? Or be hit by cars? 🙂

When I told my doctor at my 7 month appointment that I wanted to avoid an episiotomy if possible, “You’re going to have to have one.” No reason why. I wasn’t in the heat of pushing. This was my first, but there was no reason to suspect there would be problems.

When I told my doctor I was getting dizzy to the point of passing out: “Well, you’re pregnant, darling.” (Gee, no WONDER I’m wearing these funny clothes!)

When I came for my postpartum checkup, I told the doctor we were going to use the Lactational Amenorrhea Method and natural family planning. He sneered at the nurse, “Oh, she’s going to use *natural* methods.” Then he turned to me and said, “You’ll be back here in six weeks pregnant again.” I showed him the two reference books I had on the subject and told him I’d taken a class. He was quite smug that I would become pregnant again instantly (I guess women are wind-pollenated?). My next pregnancy came two years and three months later–planned.

In my second pregnancy, after my daughter was diagnosed with anencephaly, “These babies are pretty hideous.” (Dr. Jerk was trying to convince me to terminate the pregnancy after I told her we were choosing to carry to term.) Also, “If you nurse it even once, your periods might not return for a year.” (I was still nursing my toddler and was quite pregnant despite that.) Finally, “If we don’t induce you, you could carry to 55 weeks.” (Wow–and I’d be in the Guinness Book of World Records!) “Kick counts and fetal movements don’t mean anything. You could be feeling a dead fetus bumping around inside.” (The midwife laughed at this when I related it to her.) And my favorite, “You won’t remember any of this conversation, you know.” (What did she think she was, a hypnotist?)

After the baby was born and I was trying to get blood drawn to donate my milk to a milk bank, the STUPID nurse, who had given me nothing but problems and only had to draw blood, described me to someone on the phone as “just had a fetal loss.” At 42 weeks, and the baby had lived for two hours–if I had stabbed her through the eyes and killed her right there at her desk, would THAT also have been a fetal loss? When did she think my daughter became a baby?

I don’t have any stupid doctor quotes from babies three and four because I switched to certified nurse-midwives halfway through my second pregnancy. 🙂

Thanks for an informative web site. 🙂 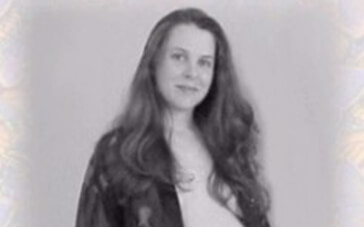 The Truth About Birth

Believe Your Way To A Better Birth 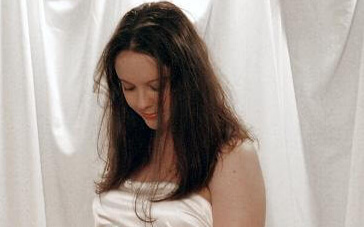 Listening To Our Inner Voice In Birth