The Homebirth Video That’s Too Hot for YouTube02 July 2008Next 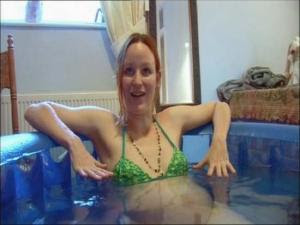 The British documentary “Outlaw Births” will be airing in the UK tomorrow (July 9th) on Channel 5 at 9pm. The film deals with unassisted childbirth (also known as “UC,” “unassisted homebirth,” and “freebirth”). I was interviewed along with nine pregnant women who were all planning on giving birth at home, unassisted. I’m pleased to say that all nine succeeded! The film focuses primarily on three women, Clio, Clair and Heather. Footage from all of their births will be shown.

An article about the documentary was published today in the British newspaper The Independent. The article features lovely photos from Clio’s recent UC! In the months to come, the documentary may be shown in other countries. I’ll be sure to post information on this as soon as I get more details.

Concerning the title, the term “outlaw” refers to the fact that women who choose this route often feel ostracized by friends, family and society. While the UK laws are vague, technically it is not illegal for a woman there to have an unassisted birth.